I am writing this post having just left the hostel bar. I am staying in the self-proclaimed 'Party Hostel.' You have to wear a neon festival-style wristband to give you access to the bar and club (yes club!) until 3am. I checked in online before and as a reward I was offered a shot on my arrival (which they exchanged for a coffee when I explained it was 11am and I wasn't really "in a shot mood...") so this is my Roman Holiday. Audrey Hepburn did not have to put up with this...

I'm in a mixed dorm of 10, except the other 9 are boys so it's not that mixed. Actually they're more "lads" than boys - pranks are their thing it's a permanent lolacaust in D57! Archbishop of Banterbury is in the house. I spent the first night reading and trying to sleep (I had another early walking tour booked for the morning...) The second night I decided 'when in Rome' and 'if you can't beat 'em' and all those other phrases applied and went to the bar to be sociable and young. It turns out at 26 I am not that young. This hostel doesn't let anyone stay if they're over 40 and that puts most sensible people off. All that said everyone is very friendly and I was quickly asked to join a table of chatty, welcoming  people. It would appear most of Australia's young people aren't actually in Australia they are in Italy. Everyone I met was Australian. But it didn't matter they called me 'a nice pommie' and we had a good night. Until some fun youngster decided to play
'Guess how old everyone is.' Not only was I the oldest by far but some of my drinking friends were born in 1994. 1994... So I spent the evening with very young, Australian, gap yah folk all trying to out do each other. One guy proudly told me how he'd thrown up on a girl he'd shagged. I don't know why he told me this but I feel as through I need to share this horror with other people. He was born in 1994. I had to do quick maths to check if this vomity- intercourse had even been legal.

What does tend to happen when you get a group of 'travellers'/middle class youngsters is they try to 'out travel' one another. 'Yah well Italy's great you know but it's got nothing on Cambodia. You HAVEN'T been to Cambodia? Oh you must...'

I've often felt a little bit older than I am. I've never really been into clubbing and I've yet to find an activity that has been improved by wearing fancy dress. I'll get any mode of transport home if it means waking up in my own bed rather than crashing on a friend's floor. It doesn't mean I don't think of myself as fun. I just have different ideas about what is fun. And that's fine. My new friends went clubbing last night, I politely declined their offer and went back to my book... 'A Prayer for Owen Meany' by John Irving since you're asking. More on Rome itself later it's time to go and banter it up.

Just a little note to say I've been rather surprised by how many people actually read this blog. People have been very kind and said lovely things. I'm not quitting the day job just yet (HPF) but i'm chuffed because this was mainly written for my Mum... Apologies for the many typos and grammatical errors this is written on an iPhone. Finally a big shout out to my three readers in Namibia. 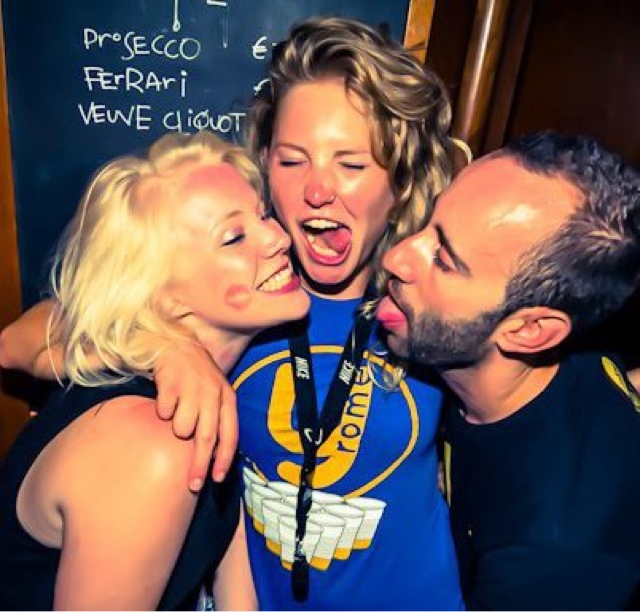 Just an example of the laughs we have here. 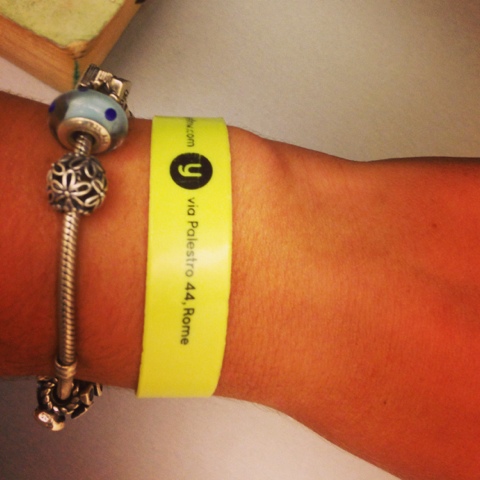 Licence to party
Posted by Unknown at 12:09