What Would Nonna Do?

The farmhouse did not disappoint. We were greeted by a gentle, warm lady (who we quickly nicknamed Nonna) who showed us round her farm. All we could really do was stare open-mouthed and occasionally let out small laughs of disbelief: the fruit trees, the hills, the view, the pool, the old red tractor by the fence... it was more picturesque than we had allowed ourselves to hope it would be. We spent most of the afternoon just staring at the view from the pool and wondering how on earth this could possible have cost the same amount as our hostel in Florence. We made plans to return next year with more people and a car so we could pick up supplies "then we would never have to leave..."

San Rocco a Pilli is a very small town. There are two bars, last orders are at 7:45pm and after that your only option is "Il Buon Sapore" (The Good Taste). We were slightly apprehensive upon entering this restaurant. Put simply it looks like a sauna filled with frog ornaments and frog cuddly toys. There was one waiter and the restaurant was half full which is probably the busiest it gets. 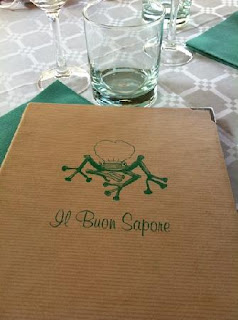 Being the only restaurant in the area we had no real choice to find a frog-decorated table and wait. We agreed we were probably in for a fairly average dinner as this place had no competition and was ridiculously cheap. Antonia expressed her concern that there was wild boar on the menu and "most bears live in America, so where are they getting the boar from?" We gently explained that a boar is not a type of bear and is, in fact, quite common in rural parts of Italy. So we ordered some food, well actually we ordered a LOT of food.

For those that are not aware it is tradition in Italy to have at least four courses at dinner: antipasto followed by "il primo" which is pasta or risotto, then "il secondo" traditionally meat or fish and then desserts and, of course, coffee. We had been fairly restrained with our meals so far just having one or two courses and skipping pudding in favour of finding a gelataria. At "Il Buon Sapore" we did all four courses, although some of us substituted the meat and fish course for a pizza... we were completely wrong to judge this restaurant by its froggy cover as the food was brilliant. We went back the next day for lunch and tried to return the next day only to find out it was closed. This meal is still to date the best I have had in Italy. Although I will happily keep sampling other meals just to be sure...

On our second day we decided to venture into Siena itself. At this point it is worth introducing our taxi driver Luigi. He gets the award for supporting role in this leg of the trip. We used him at least once a day and he never charged us more than 20 euros for a journey regardless of what was on the meter. He drove us into Siena and proudly showed us round his home town. He explained that Siena is divided into seventeen districts or "contrade". Each district is named after an animal or symbol and each has its own flag, emblem, Saint and fountain for baptising the children born in their district. The districts sort of act as independent states and are governed by their own elected council. On Sundays (which just so happened to be the day of our visit) the residents of Siena take to the streets and march behind their district flag to a special church service. This was all slightly too exciting for James, the flags, the maps, the history - he was completely in his element and I imagine he will be moving to Siena soon to become a permanent resident of Nicchio.

We immediately warmed to Siena, it could have been the way that Luigi had sold it to us, or the beautiful cathedral or maybe it was the ricotta and fig gelato... it was definitely the gelato.

On our last day on the farm we said goodbye to Nonna, promised we would return and bought a bottle of her wine. We were sad to go but Orvieto was calling. 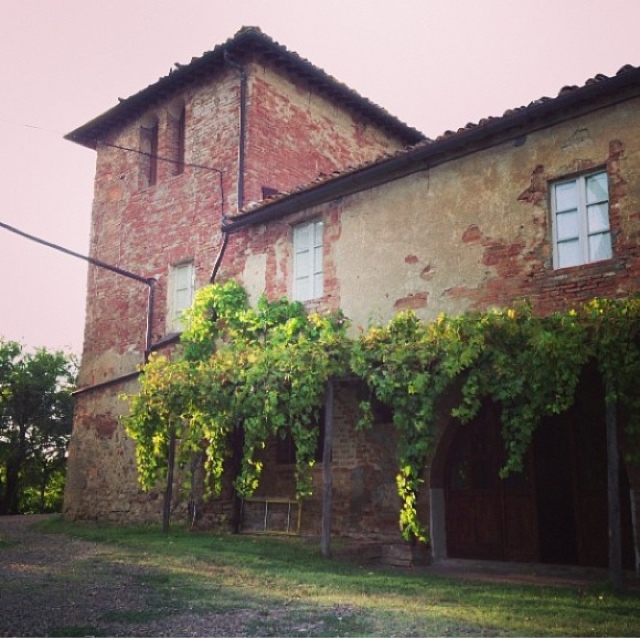 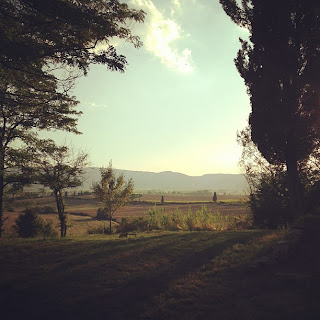 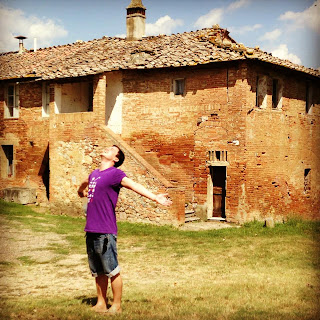